William Alexander Esson was born in Birse, where his father Alexander was schoolmaster. Both he and his father attended Aberdeen University. On graduating William went to Canada and became manager of the Toronto Steam Ship Company. 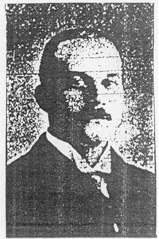 Alexander was born at Nether Ruthven, Logie Coldstone, the son of Peter Esson who was recorded as a builder at the time of Alexanders marriage to Isabella Paul Barrack. Given these places it is more or less certain Peter was related to our family line, but as yet it is not clear precisely how.

William’s story is told at the link below and his family chart so far as it is known at the moment below that.

Peter Esson, his grandfather shown below was noted in records as a builder from Coldstone.

And his family line so far as it is known is here (Illinois information kindly provided by Geoff Pain).