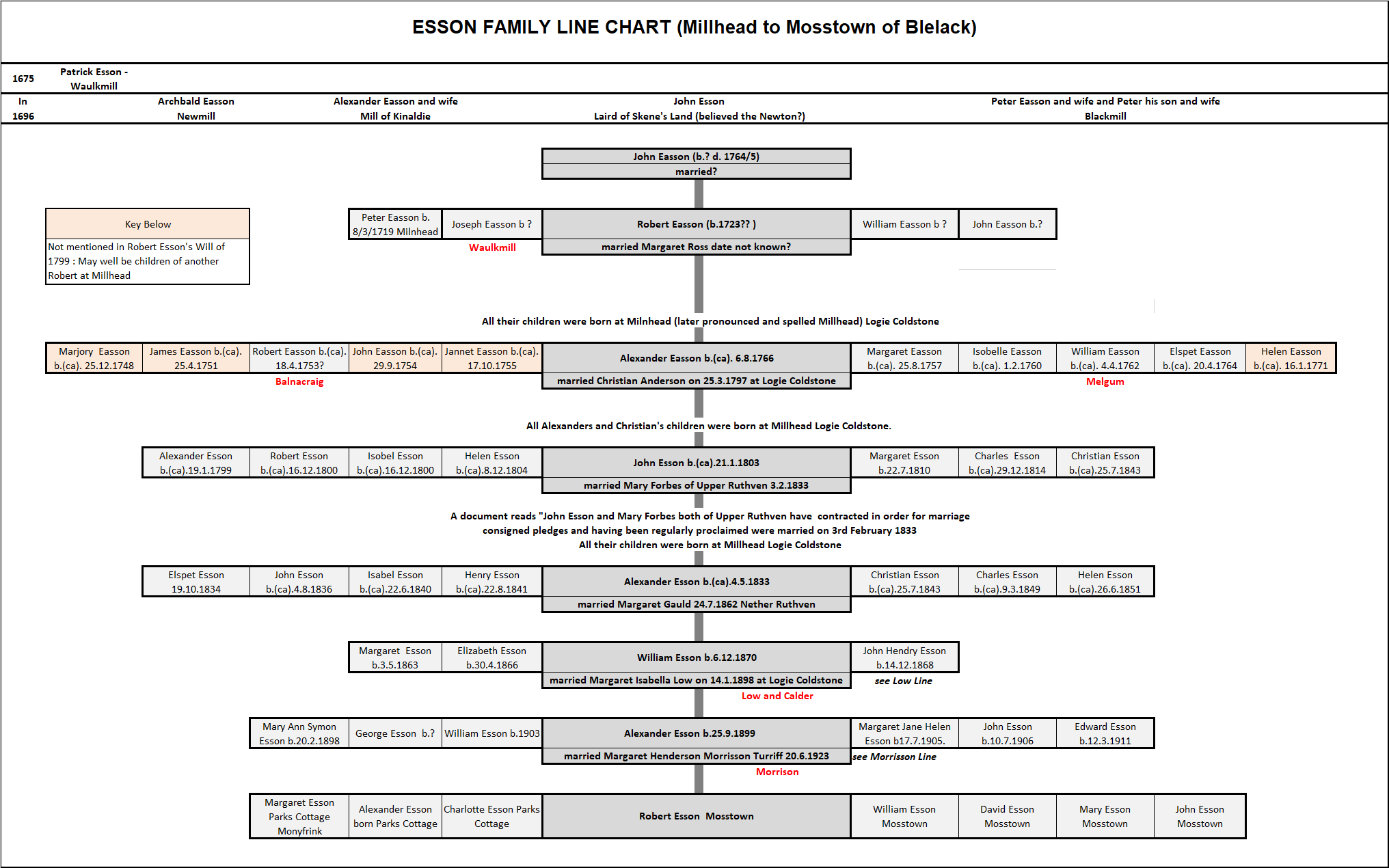 The first Esson recorded in Cromar that we know of was Patrick Esson of Waulkmill at Tarland who was taken to court with a number of others by Chri….

Included in the 1696 List of Pollable Persons for Tax Purposes in Aberdeenshire were the following four families in properties quite close to Waulkmill.

1. John Easson, who was said to be “on the Laird of Skene’s land” (it has been said the Laird of Skene owned Blelack estate at one time), although I have not seen the evidence of that. The only property I know which was owned by Skene was Watererne. To be listed for tax in 1696 this John Esson would have had to have been at least 16 or over then i.e. born around 1680 or earlier and so could possibly be the same person.
2. Alexander Esson and son of Kinaldie
3. Peter Esson and son, along with a second Peter Esson and son of Blackmill
4. Archbald Easson of Newmill (who is the only one also documented as Easson).

The earliest confirmed ancestor of our family line was John Esson, b. ca. 1690, mentioned below. Following on from him we can see a continuous line which extends eight generations up to the 1930’s when this study concludes.

Predating John, almost certainly related to him, are a number of Easson/Esson families living on neighbouring farms. While we can be reasonably sure John and our family line in general were related to earlier Essons and their descendants, we will not always find the links by any means. Records may not have been kept, or they may have been destroyed. Parish records only started in the parishes here in a very patchy way from around 1717, and all Parish records from 1723 to 1745 were destroyed in a fire for example.

In contrast, records of a series of court actions from 1765 to 1791, taken out against the family, and Joseph Easson in particular, help us to fill a number of the earlier gaps. Wills, and a variety of other records occasionally help too.